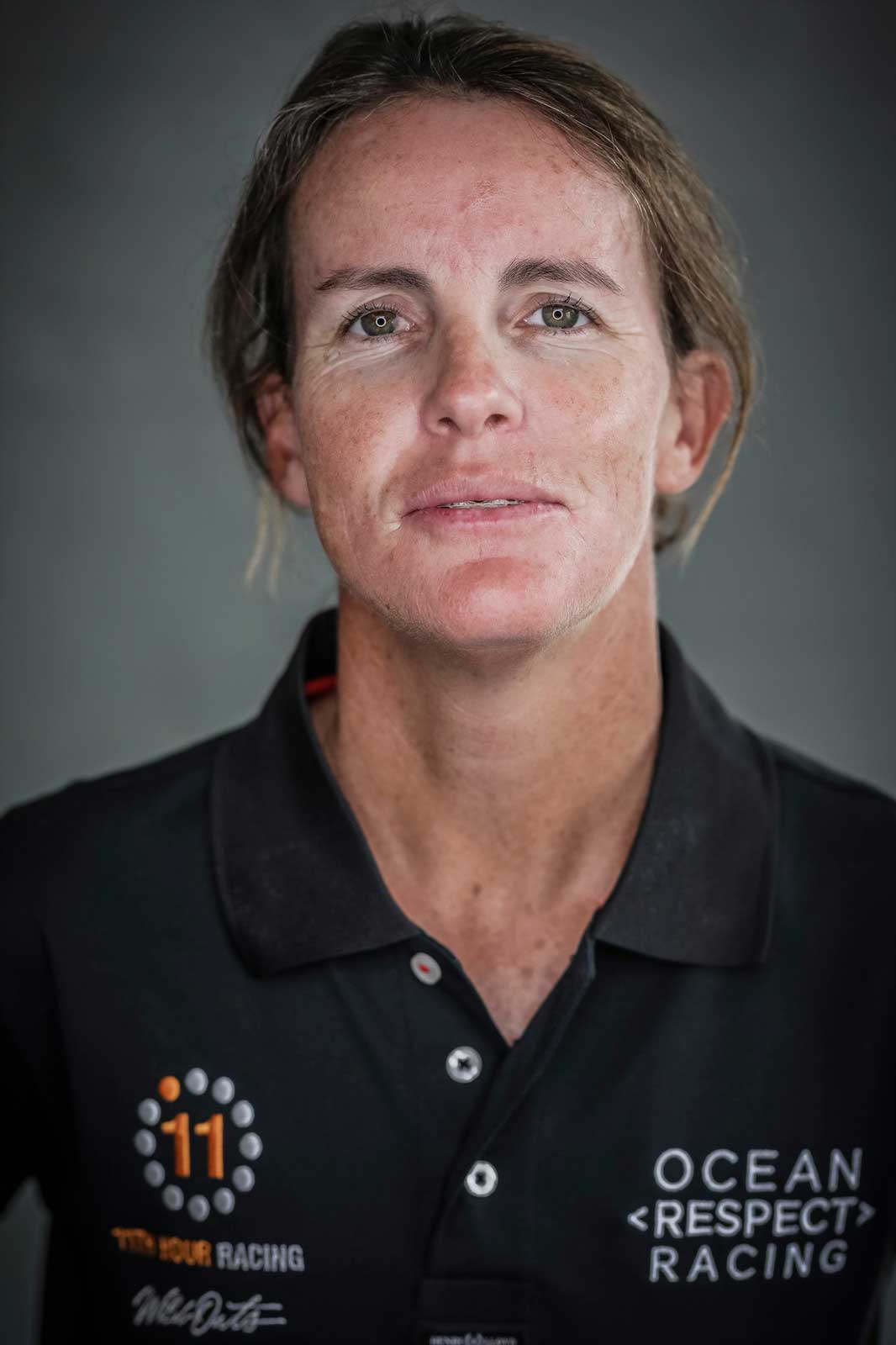 We were lucky enough to be able to chat about competitive sailing with Stacey Jackson, a two-time Volvo Ocean Race competitor and one of just 19 women to achieve more than 10 Sydney Hobart Yacht Races.

“When I was 18, I wasn’t looking to see how many women were around, I was just happy to be there myself. The race certainly wasn’t overly populated with women, however, there were women who were paving the way quietly.”

You were part of Team SCA, led by Samantha Davies, in the 2014-15 Volvo Ocean Yacht Race, which was the first all-female team to compete in 12 years. Can you tell us about that?

“We were following in the footsteps of The Maiden, which very much set the standard back when the Ocean Race was the Whitbread Round the World Race. The 12-year gap meant there was a big experience gap. Only three of our team members had done the race before.”

We were lucky enough to be able to chat about competitive sailing with Stacey Jackson, a two-time Volvo Ocean Race competitor and one of just 19 women to achieve more than 10 Sydney Hobart Yacht Races.

“When I was 18, I wasn’t looking to see how many women were around, I was just happy to be there myself. The race certainly wasn’t overly populated with women, however, there were women who were paving the way quietly.”

You were part of Team SCA, led by Samantha Davies, in the 2014-15 Volvo Ocean Yacht Race, which was the first all-female team to compete in 12 years. Can you tell us about that?

“We were following in the footsteps of The Maiden, which very much set the standard back when the Ocean Race was the Whitbread Round the World Race. The 12-year gap meant there was a big experience gap. Only three of our team members had done the race before.”

In the 2017-18 Ocean Race, you were part of a mixed crew on the Vestas 11th Hour racing yacht led by Charlie Enright. How different were the two experiences?

“We did not have any depth of experience between the women on Team SCA in 2014-15 and most of us were sailing the Ocean Race for the first time.

“However, our achievements with Team SCA changed people’s mindsets and reminded them that there was no reason for women not to sail offshore. For the 2017-18 race, the organisers implemented a rule change, which gave the boats two extra team members if they took two women on board. The rule proved very effective in paving the way for women to gain a place on the boats and by the end of the race, every single boat had its full quota of women on board. All the teams were mixed.

“Having gained from the experience of sailing my first Ocean Race with Team SCA, doors that had been previously closed, opened for me. I got to be involved in a mixed crew in 2017-18. On this race, my watch mate Tony Mutter was racing for the sixth time and I had the privilege of learning from him all the way around the world. You can learn so much from the experience of the people around you. From there being 16 women competing in 2014-15, there were 26 women in 2017-18 and that was a really cool movement to be involved in.”

Your mission with the 11th Hour team was to be the most sustainable crew, did you achieve your goal?

“I have always been quite passionate about the environment, which is both my workplace and playground. But with the 11th Hour, my knowledge and interest escalated. We achieved our goal and we measured our impact and then compensated for that by offsetting our footprint. For me, the race highlighted how much we affect our environment and also how we can compensate for that.”

Was sustainability and pollution quite topical during the 2017-18 race?

“There was another boat in the race, Turn the Tide on Plastic, skippered by the legendary Dee Caffari, which amplified the United Nations Clean Seas campaign. We teamed up with them quite a bit and would do beach clean-ups on stopovers. We did some educational talks, so yes, we made it topical.”

Back to the Sydney Hobart. Last year, you had a vision. You organised a boat, a major sponsor, put together an elite team of professional all-female sailors under the name Ocean Respect Racing, and then skippered the boat, to an almost win on the 66ft Wild Oats X, while elevating the message of sustainability. How are you going to top that?

“That is the hard thing. I joke that we did too well. The only thing we could have done better would have been to get that win.

“It was a really last-minute campaign. I came up with the idea at the end of the Ocean Race. I looked around and there were all these women around playing key roles in all these boats, but who were still going a bit unnoticed. I thought it would be a good idea to pull them all together and just remind everyone how good we are. I think we achieved that goal. I think we sent out a message that women can be very competitive in this sport.

“While we were getting all that attention from being women, we were sneakily teaching everyone about sustainability. We recorded what we could and made a footprint and off-set it by putting it towards planting sea-grass in the States. It made more sense than trees for us.”

How would you describe the difference between the Ocean Race and the two-day sprint from Sydney to Tasmania?

“Sydney Hobart takes two–five days to complete. Last year our time was two days, 1 hour and 43 minutes. The Ocean Race is essentially nine months. The shortest length is six-seven days, so it is hard to compare.” 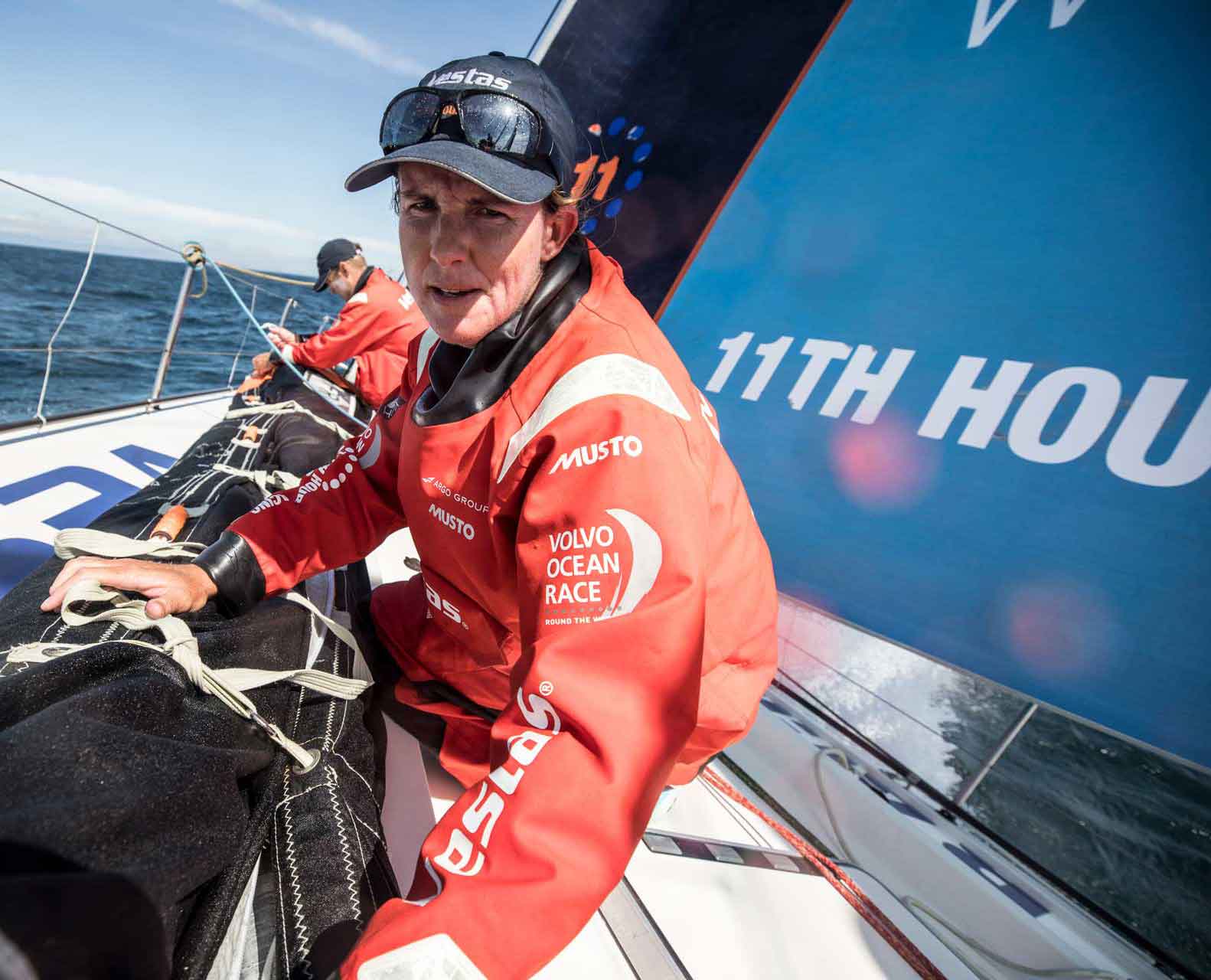 Do you think we are finally seeing a change with regards to how women sailors are perceived?

“I think that when the Ocean Race rule can be removed because people have chosen women for their expertise, then we will have seen the real change.”

Will we see more from Ocean Respect Racing?

“It is something I want to continue with. I had such a buzz from the learning curve. I had never been skipper before, run a team or chartered a boat. What I, as a woman, gained from the whole experience was so satisfying that I would love to be able to build on that.

“We had such a huge impact over such a small time. We reached 236 million people in the six weeks of our campaign through the media. But even that wasn’t enough. Although we got the support of 11th Hour Racing again for the race this year, we couldn’t secure a boat and to raise enough money to charter a boat and everything else was unfortunately not possible.

“So, sadly, Ocean Respect Racing won’t be one of the 170 teams taking part in this 75th Sydney to Hobart. A lot of our girls will be racing on other boats though.” 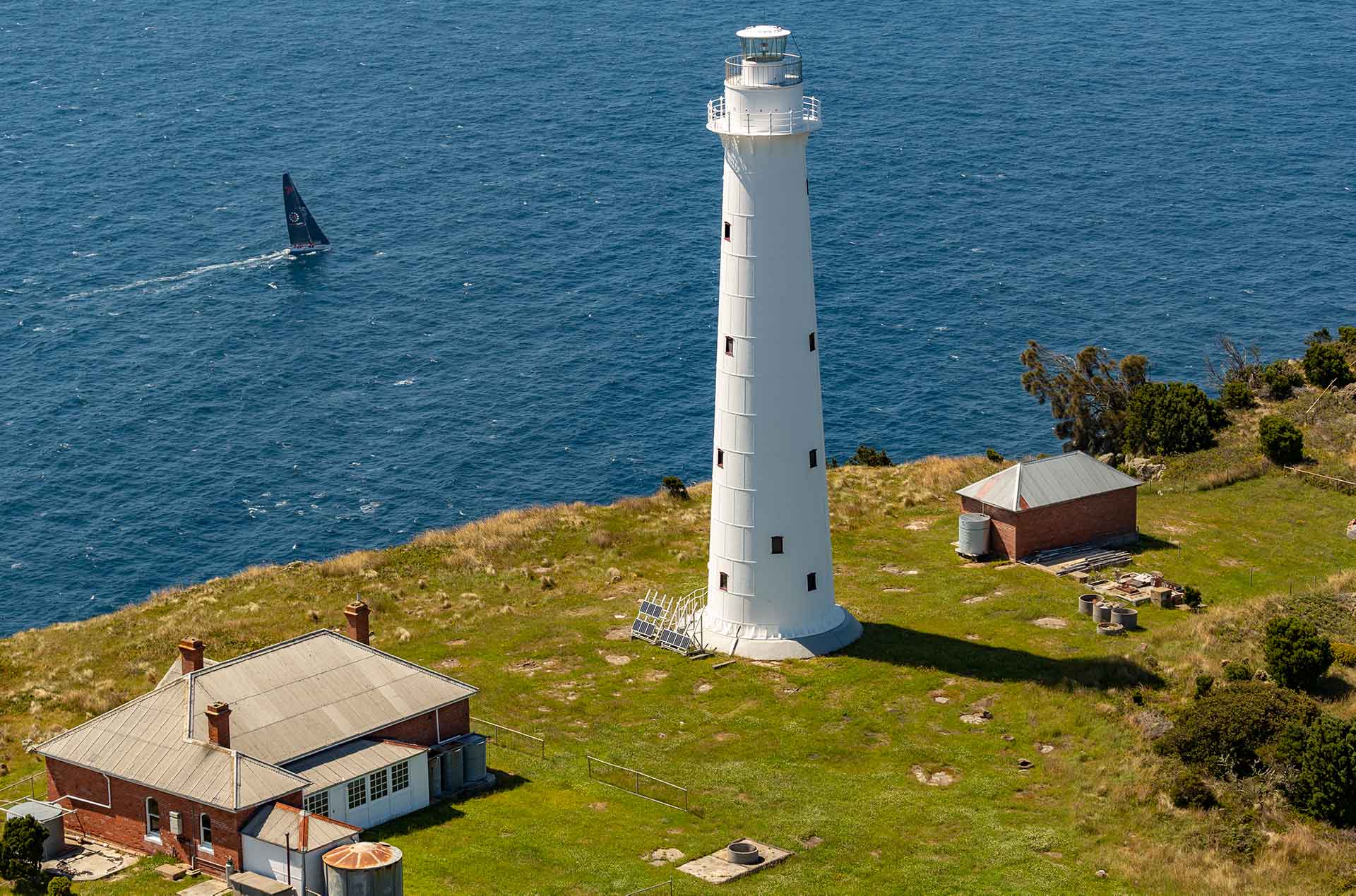 Stacey Jackson on the Rolex Sydney to Hobart Yacht Race

I love the Sydney to Hobart because I grew up watching it. It ignited the sailing dream for me. I had this scrapbook and would cut out and stick in bits of paper covering the race. The race starts on Boxing Day and I don’t know of any other race in the world that has a following like that. The start is insane. The boats leave the harbour, which is just packed. People are on boats and jammed all along the beaches down the gold coast of Sydney to watch the boats go by and it is that one day of the year that everyone knows about sailing.

From a hectic start you then race in three stretches. You have to get down the New South Wales coast, across the Bass Strait and then down Tasmania and up the Derwent River, going as fast as you can. You hardly sleep.

Read the full interview with Stacey Jackson in our #morewomenatsea campaign on www.dreamyachtcharter.com

Stacey Jackson on The Ocean Race

“We had this really cool moment in the race. We were in Cardiff, with one length to go and we were attending an event organised by The Magenta Project, which is a continuation of Team SCA, that mentors women and creates pathways. There were three women standing in front – Sophie Ciszek, Abby Ehler and Carolijn Brouwer – and one of those three was going to win. It was a historic moment for us. But there were little girls in the front row and one said to her friend, “I don’t get it. What’s the big deal?” This is because these little girls are growing up under the change where it is not unusual for a woman to be part of the Ocean Race. They see themselves as equals. When they grow up, that is when the change will have officially happened. 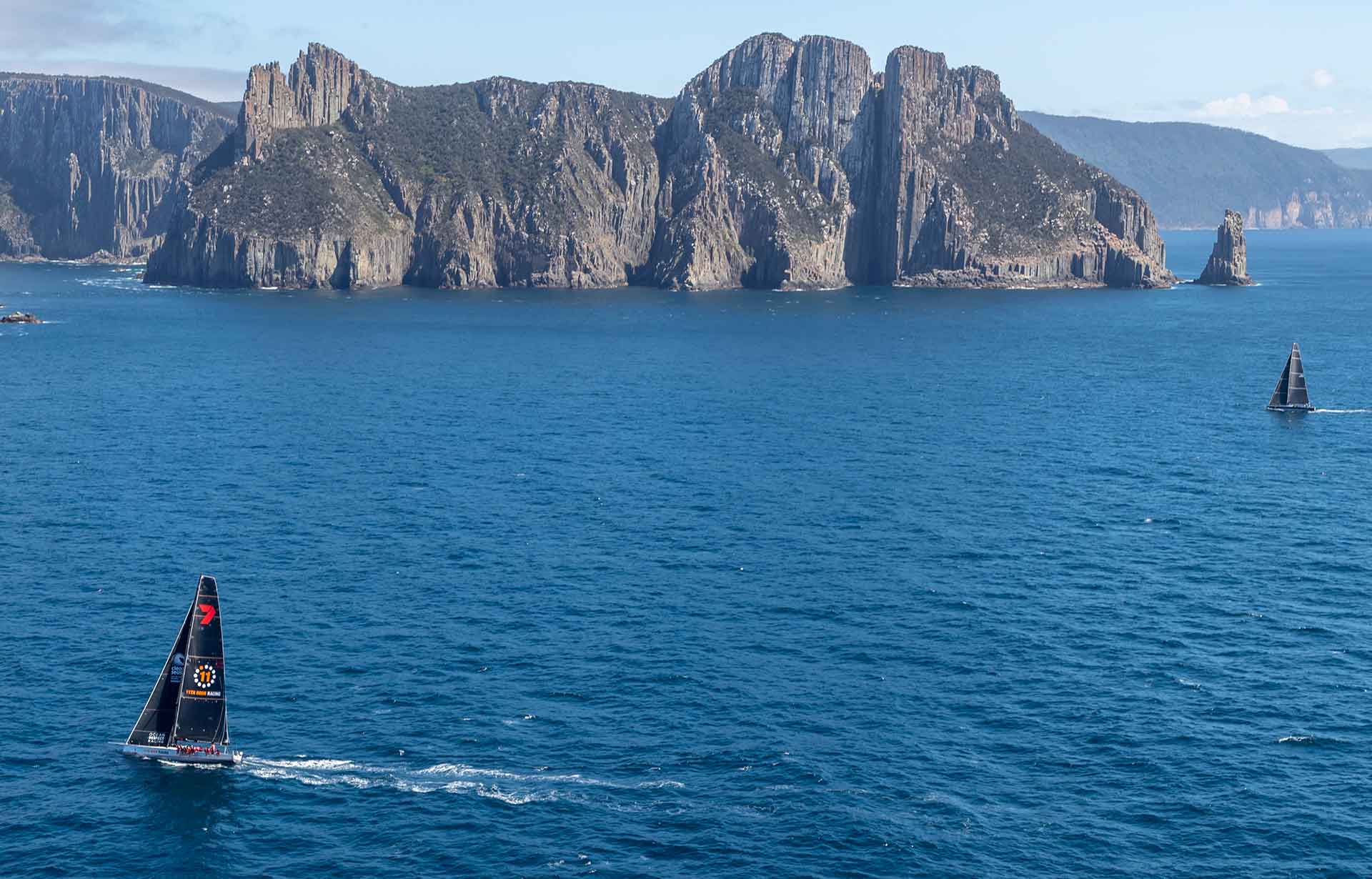