" /> What is Ecotourism and Why is it Important? - Queensland Yacht Charters
Free Call1800 075 013 International

What is Ecotourism and Why is it Important?

Home » What is Ecotourism and Why is it Important?
test

What is Ecotourism and Why is it Important?

According to The International Ecotourism Society, ecotourism is defined as “responsible travel to natural areas that conserves the environment and improves the wellbeing of local people.” Ecotourism is important to us at Queensland Yacht Charters, and in fact, we are a certified Ecotourism Company. Ecotourism is alive and well in the Whitsundays.

The Ngaro People of the Whitsundays

We acknowledge the Traditional Owners of country throughout Australia and recognise their continuing connection to land, waters and culture. We pay our respects to their Elders past, present and emerging, especially the Ngaro, Juru, Gia and Biria of the Whitsunday Islands and surrounding areas.

The Whitsundays welcomes hundreds of thousands of tourists from all over the world every year, but we should never forget that it is Ngaro country and home to some of the oldest archaeological sites in Eastern Australia. Sailing on a Dream Yacht Charter boat in the Whitsundays gives you a first hand experience of exploring the islands as the first nations people of the area did many years ago. The Ngaro, known as the “canoe people” for their maritime skills, were one of four tribes that inhabited the area. Alongside the Juru, Gia and Biria, they lived here in relative peace for many years, living off of the land, depending on both marine life and land animals. Skilled in hunting, gathering and cultivating, their lives revolved around what was available to them from the land, or what could be traded from other tribes.

Much of their history takes place in the form of myths and legends and one way we have learned about their history and culture is through dreaming stories and oral storytelling.The Dreaming stories passed on law, culture and way of life to younger generations. The Dreaming itself was a time of the creation of the earth, its people, animals and landscapes. It was when life began, and thus the Aborigines were born. It was a time when their ancestors, in the form of humans or animals, created the earth, dictating culture, lifestyles, law and life. Dream stories were – and still are – a way for these norms to be taught within the tribes, and have been passed from generation to generation. It remains an extremely important part of Aboriginal culture all over Australia even today, with sacred places still existing from The Dreaming, where the spirits of their ancestors lay to rest and Aboriginals worship.

Although much of the Aboriginal way of life has been destroyed or diminished, they persevere. Still rightfully considered to be the Traditional Owners of the Whitsundays, they continue to protect and preserve what is left. Among the islands, there are many historical sites of interest that tourists can visit to learn about the Ngaro people and celebrate their heritage. This is an important way of promoting the lasting historical and cultural legacy of the Ngaro people in the Whitsundays. Nara Inlet (Hook Island) is home to the oldest Ngaro site in the Great Barrier Reef Marine Park (a cave dating back 9000 years) and the oldest yet to be discovered on the East Coast of Australia. This important Aboriginal cultural site is an absolute must see. The cave is located at the end of a well-marked bush track and is suitable for all ages and abilities. More information on the Ngaro people is available at Proserpine museum and the Airlie Beach National Parks. 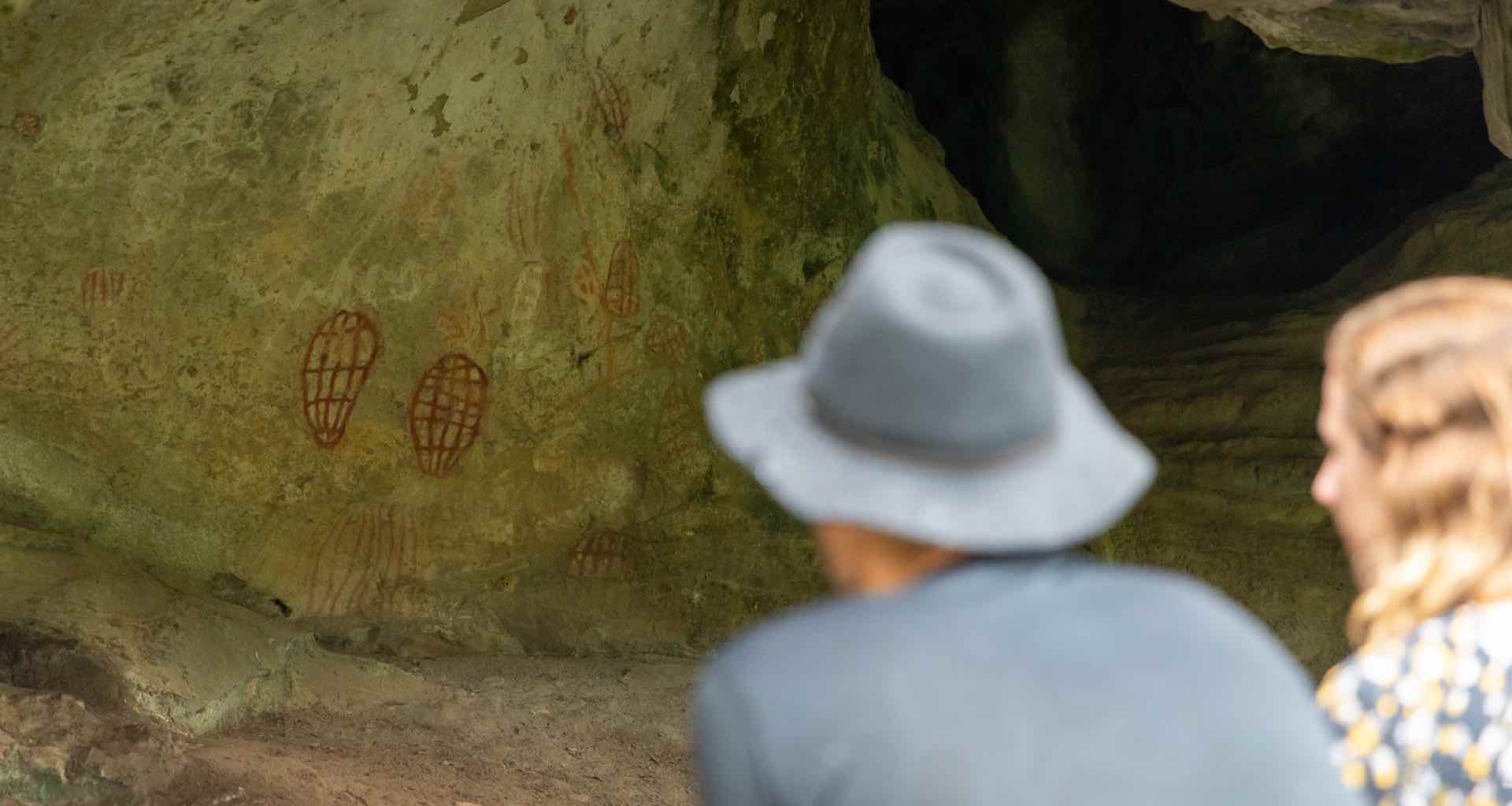 Ecotourism is a commitment to preservation of environmental resources and wildlife, as well as the preservation of an area’s cultural heritage. Sustainability comprises a large part of ecotourism. One look at the surrounding beauty of the Whitsundays reminds one of its rich abundance of flora, fauna, and natural elements. A dedication to sustainable practices helps ensure the security of the impressive Whitsunday Island group.

Ecotourism aids in promotion of these sustainable practices, and we strive to maintain consistent levels of sustainability. It is strongly encouraged that all tourists in the area learn about safe practices and proper methods for keeping the reefs and the islands free from harmful impact. There are environmental standards in place which protect this region, such as limits on areas where fishing is not permitted, and spots where ships are restricted from mooring. This helps safeguard the delicate and vulnerable reefs around the island, beautiful natural structures and home to a variety of marine species. 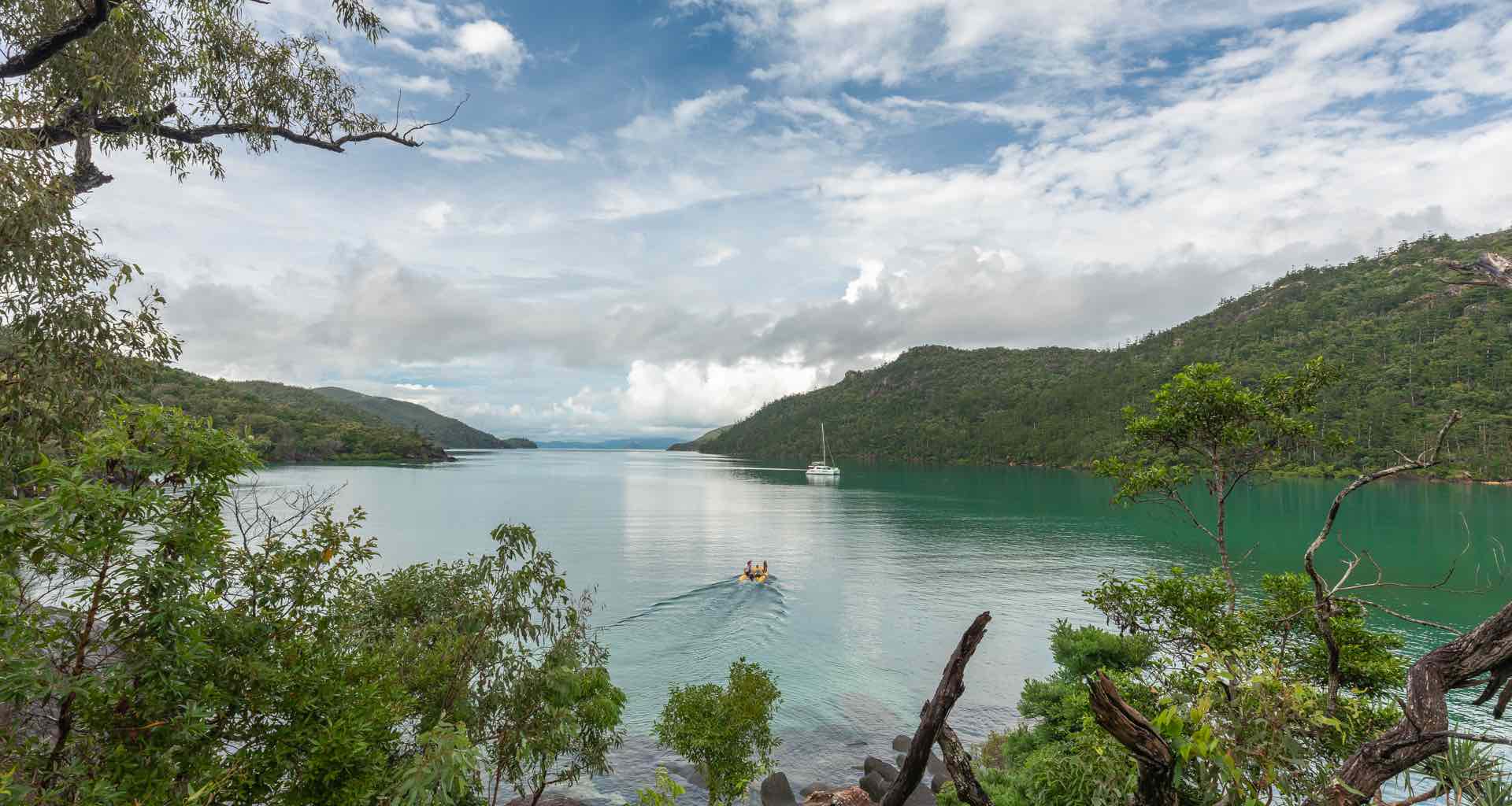 Our yacht charters are truly a blend of luxury and eco-friendly practices. Your time aboard will be a relaxing and brilliant holiday, and you can rest assured in the knowledge that Dream Yacht Charter is devoted to sustainable practices in all areas. We always do our best to support local businesses and markets, and work to keep our environmental impact as minimal as possible.

We believe Sailing in the Whitsundays is an excellent way of promoting ecotourism, as your vessel allows you the freedom to explore the entirety of the islands. Chartering a yacht gives you unique access to remote and extraordinary areas of the Whitsundays – mooring in secluded bays to swim in beautiful uncrowded beaches with pristine white sand and access to waterfalls and walking tracks with amazing views which are only accessible by boats.

With their shallow draft and stability a Catamaran is an excellent choice to get closer to the beaches, alternatively choose a Monohull if you prefer to enjoy the thrill of sailing, or a Powerboat which doesn’t require sailing and will get you there a little quicker. Yacht charters help support the local people and the local tourist industry as well, bringing visitors in from all parts of the world to experience our incredible islands. 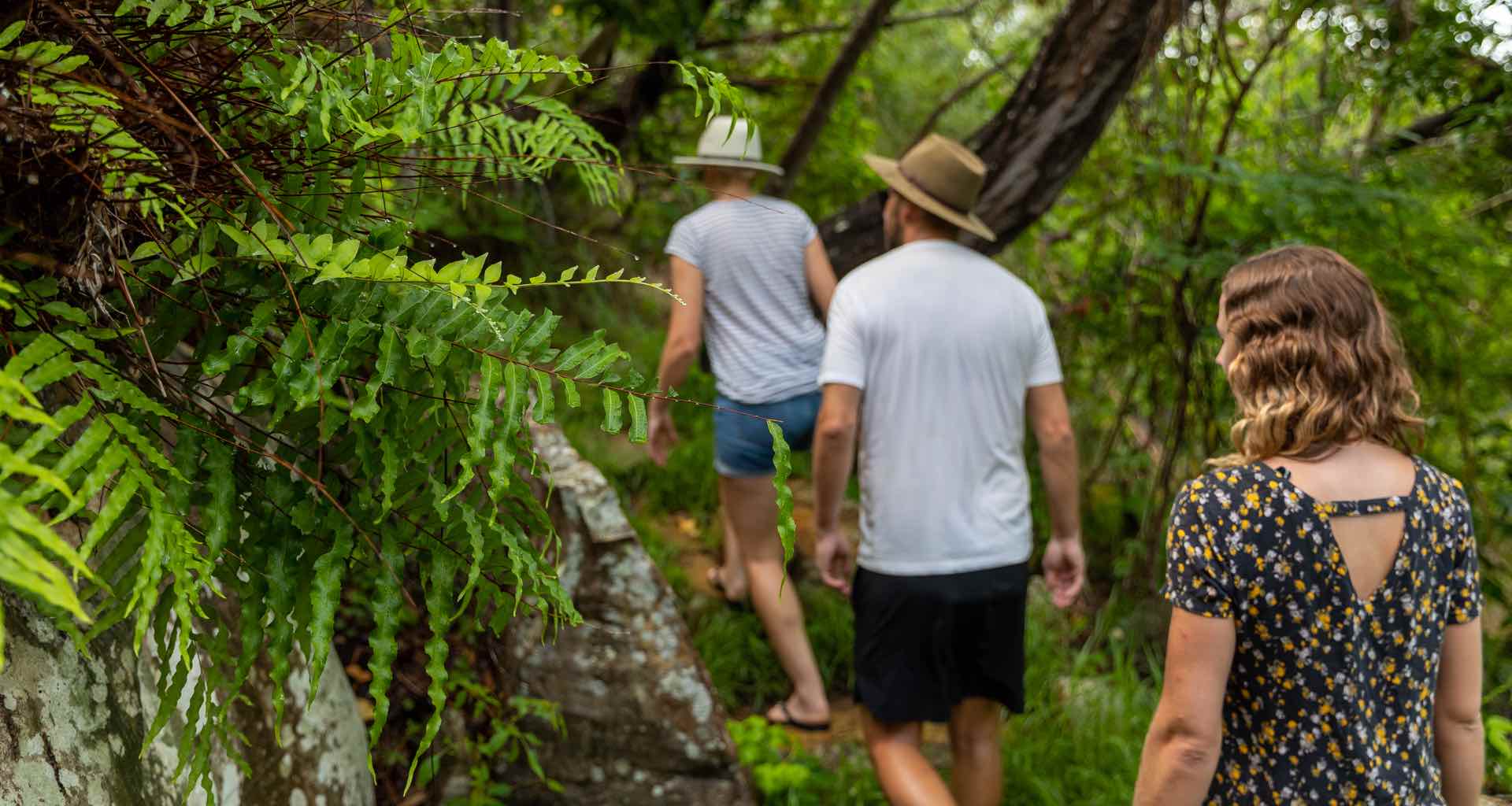 What Sustainability Means to Us: Our Mission Statement

Our commitment is to manage sustainable practices and engender a duty of care to the environment within the daily business practices and procedures of our company.

We are committed to sustainability within the work environment and to the ongoing education and development of these practices for both our employees and clients.

Our ultimate aim is to provide a high quality nature based experience with as little impact as possible on the habitat of all wildlife species and the territory of the Whitsunday Islands Group and surrounds.

We comply with all Great Barrier Reef Marine Park Authority (GBRMP) and Queensland Government directives and participate in regular audits, reviews and consultative meetings with both organizations. Dream Yacht Charter has also implemented the following initiatives.

Dream Yacht Charter is committed to reducing our carbon footprint by reusing and recycling. We use eco friendly and biodegradable products wherever possible and provide briefings plus a detailed on-board guide to encourage our guests to respect the environment and minimise their impact on marine life and the marine environment.

We also proudly support a number of wildlife charities including

Working in partnership with government bodies, charitable organisations, our owners and our guests we look forward to continuing our high ecotourism standards and playing our part in the conservation of the beautiful Whitsundays. 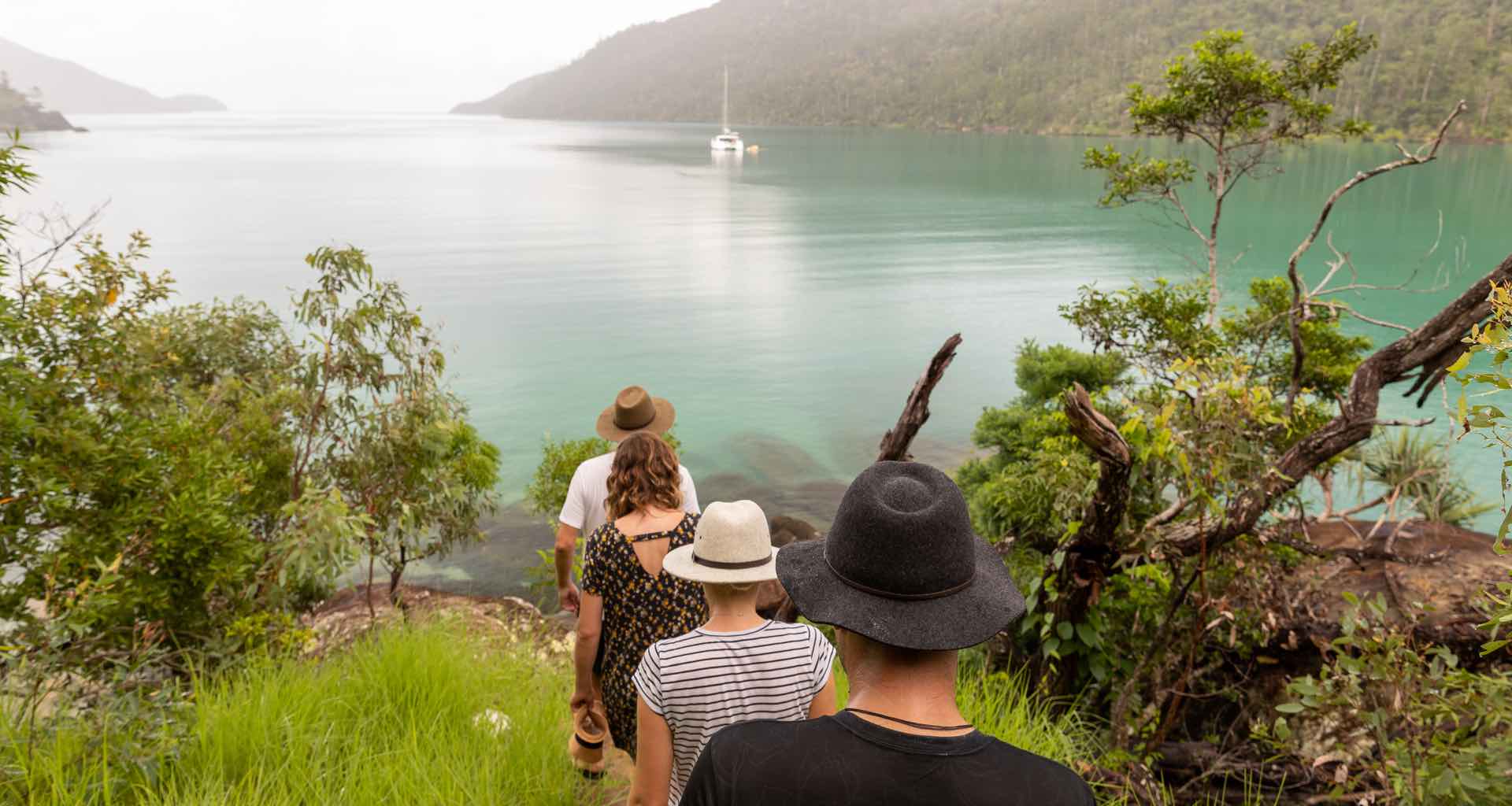 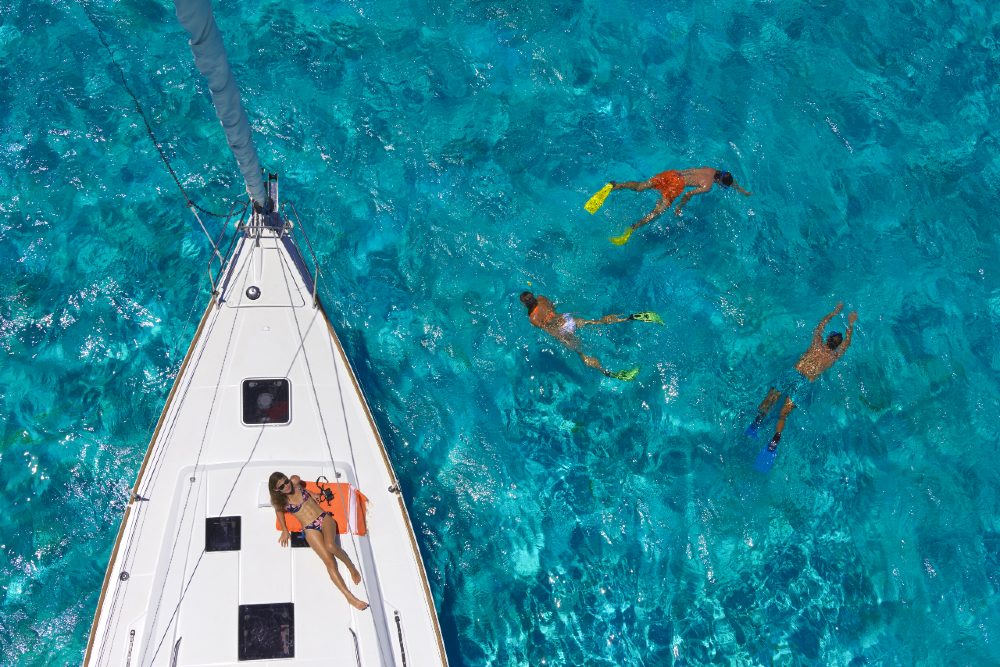 Your 10-minute guide to the Whitsundays

Your 10-minute guide to the Whitsundays Chartering a yacht is one of the most memorable holidays you'll ever have and an absolutely amazing way to travel. At Dream Yacht Charter, we have many first-time guests joining us for the vacation of a lifetime, and typically...

END_OF_DOCUMENT_TOKEN_TO_BE_REPLACED 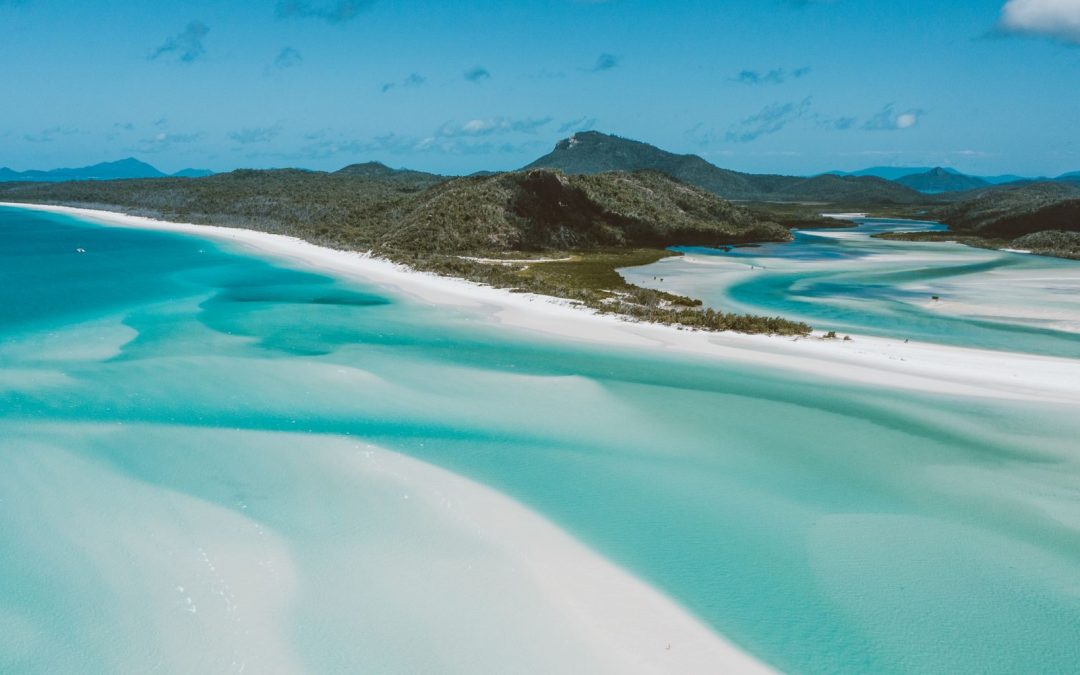 Adventure, Luxury and World-Class Tropical Beauty With Salty Luxe We recently had the pleasure of hosting Sarah and Chesh from Salty Luxe on a Charter in the Whitsundays. If you haven't already seen the stunning footage from their trip, you can check it out @saltyluxe...

END_OF_DOCUMENT_TOKEN_TO_BE_REPLACED 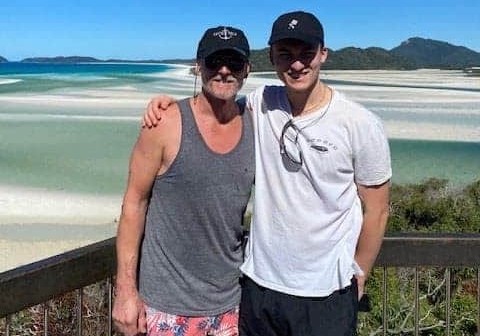 Father & Son Week Sailing on Dufour 412 “Miss B” Greg Bishop recently spent an amazing week away with his son sailing the beautiful Whitsundays. No stranger to Dream Yacht Charter, Greg has sailed with us on 2 previous occasions and is a big fan of our...

Your 10-minute guide to the Whitsundays